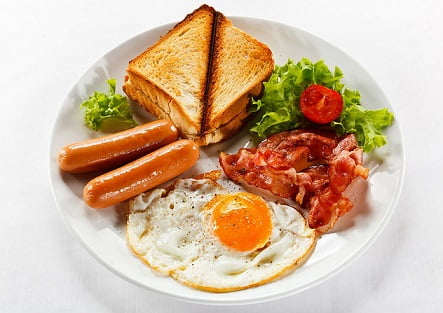 ACROSS:
3. a small circular cake, fried in hot fat, either with a hole in the middle or filled with jam
6. the solid substance which forms when milk turns sour
8. a food made from a mixture of flour, fat and water, which is rolled flat and wrapped round or
put over or under other foods and baked
9. an open pastry case with a filling, usually of something sweet such as fruit
11. the thick yellowish-white liquid that forms on the top of milk
12. a slightly sour, thick liquid made from milk with bacteria added to it, sometimes sweetened
and with a fruit flavour added and sometimes eaten plain
14. the food and drink usually eaten or drunk by a person or group 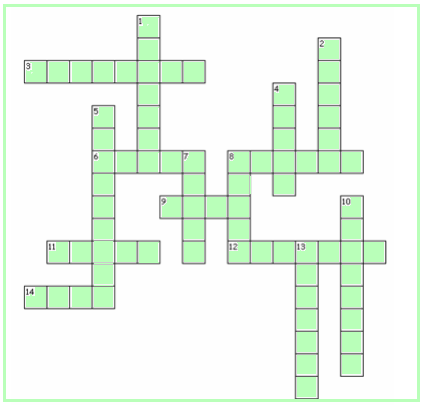 DOWN:
1. a sharp tasting liquid made especially from sour wine malt or cider which is used to add
flavour to or to preserve food
2. the eggs of various large fish, especially the sturgeon, which are eaten as food and are usually
very expensive
4. sliced bread made warm, crisp and brown by being put near a high heat
5. small dark grain used for feeding animals and for making flour
7. a small amount of food that is eaten between meals, or a very small meal
8. a piece of food made into a disc shape which is then cooked
10. a meal frame on which meat, fish or vegetables are cooked outside over a fire
13. a long silvery coloured fish which swims in large groups in the sea, or its flesh eaten as food