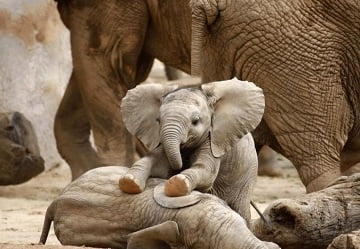 4. a large black and white mammal similar to a bear, that lives in forests in China.

7. a very large grey mammal which has a trunk (= long nose) with which it can pick things up.

12. a large reptile with a hard skin that lives in and near rivers and lakes in the hot wet parts of

15. a large, strong wild mammal with a thick fur coat that lives especially in colder parts of

16. a large African animal with a very long neck and long legs.

17. an animal like a large rabbit that can run very fast and has long ears.

18. a small animal covered in fur with a long tail with a lot of fur, which climbs trees and feeds

on nuts and seeds.

1. a small animal with long ears and large front teeth, which moves by jumping on its long back

2. a large animal with a long neck, that lives in the desert and has one or two humps (= large

raised areas of flesh) on its back.

3. a small animal covered in fur with a short tail and large spaces in each side of its mouth which

are used for storing food. It is often kept as a pet.

5. a quite large animal with four legs which eats grass and leaves. The male has antlers (= wide

6. a small brown mammal with a protective covering of spines on its back.

8. a large animal with four legs which people ride on or use for carrying things or pulling

9. a large wild animal of the cat family with yellowish orange fur with black lines which lives in

10. an African wild animal which looks like a horse, and which has black or brown and white

lines on its body. 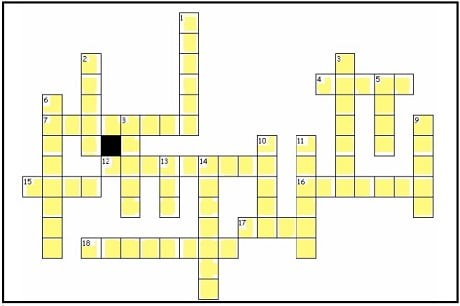